This December Indieterria stops for a while in a port. Kingdom of Mancunia always had the best music and record collections and even  people who did things differently. So for the time being, we will stay in a safe and warm haven of Manchester and will report on new acts coming from the town and its  wonderfully loud venues of  Northern Quarter.

Two years ago we began Indieterria by interviewing Salford`s own Tigerside. This time around, we reopen a new year by chatting to the artist known as Tin Mole.  You probably did not hear about him yet (unless you listen to Salford City Radio 94.4 FM with Zach Peach who was one of the first DJs to play Tin Mole), but surely soon there will be a lot of hype around the artist who mixes samples, indie rock, trip hop and spoken word in a truly innovative fashion.

You may be familiar with Tin Mole`s previous project – Ladies` Dart Night as they delivered their politically charged musical sermons across the North sharing stages with Garden Back or Strange Bones. Sadly, Ladies` Dart Night ended in 2017 and members of the band moved on to other projects.

We discovered Tin Mole  via Tom Robinson`s excellent Fresh on the Net portal and were so impressed with his debut single “Slug Frontier” that we contacted  him and asked for an interview. Tin Mole is an enigma wrapped in riddle, his answers are short, to the point with the usual northern swagger and edge. But you can`t deny him vision, talent and artistic integrity.  He works double hard to put music out there, doing his own PR (press releases, photos, editing) while studying and working at the same time.  Practical, honest and determined –  Tin Mole breaks the mold on Mancunian scene, offering something fresh and unusual.

Read on, listen and tell us what you think. 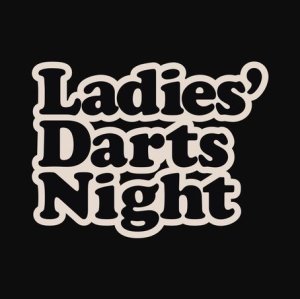 You are not a newcomer on Manchester music scene. Would you like to introduce yourself to Indieterria readers?

Tin Mole: I’m Tin Mole, a producer from Manchester. I’ve been in a couple of bands and done a fair bit of techno DJ`ing on the underground mole scene.

Before Tin Mole, you have been a member of five piece Ladies` Darts Night. You have released EP “Tragedies, Comedies & Histories” in 2017, toured nationally and shared stages with such established young acts as Garden Back and Strange Bones. Then suddenly you called it quits. What happened?

Tin Mole: It was fun while it lasted but it all went to pot after a trip out to Edinburgh. The Irn Bru was strong that day.

German blog “Hey Musik” described Ladies` Darts Night as “pulling groovy, fuzzy guitar from The Stone Roses, powerful lyrics with a poetic rhythm like John Cooper Clarke or Morrissey, and pounding drums paired perfectly with a mysterious bass like Joy Division. If you’re into a loud, mesmerizing sound backed with politically infused lyrics, then this 5 piece band are who you need to be listening to”. The writer even travelled to Manchester to see you. Not every band on the Manc scene can say they had interest from foreign journalists.

Tin Mole: Yeah we were doing alright but it is what it is. “Mesmerising sound” is a great compliment, I like that.

You were pulling no punches as a band. “Message for May” is right up there with Shame`s “Visa Vulture”, an attack on PM for her policies. Your other song “Shopkeeper” tackles grooming. I get a feeling, had the band continued, you would be going in the same direction as The Blinders, leading politically charged music onwards.

Tin Mole:  Yeah we were sort of heading that way, just writing about things we were passionate about at the time. I do still write a lot of that type of thing but they’re amongst other more personal topics, like battles with slugs.

In contrast to being in a band, Tin Mole seems to be a solo act.

Tin Mole:  It sort of is. I’ve written and produced some tunes and Nathan Connell-Howard from Ladies` Darts Night has helped out with guitar parts. I’ve got a 6 piece band together now to play the tunes live which I’m well excited about.

Your first single Slug Frontier is a strange mix of trip hop, spoken word and samples. It reminds us of Black Grapes, Sleaford Mods and Tricky. With some incredible poetic lyrics. Is there a story behind the song?

Tin Mole: Thanks. they’re good acts to be compared to, especially Tricky. As for the story behind Slug Frontier, it’s all true… Every word.

We heard you will be releasing a new track soon. What shall we expect?

Tin Mole: Similar sample based production but a bit slower, slightly less shouty and every word is a lie.

Tin Mole is on a mission to fight slugs.

You once said “I think everyone knows deep down Manchester is Britain’s true second city. Sorry Birmingham.” Do you still feel the scene up north is ahead of everyone else?

Tin Mole:  Yeah I think it is in some ways. There are great bands coming out of Manchester like Duds or Gnod and The Blinders are doing really well. But it always seems that the London bands get more publicity. That’s usually the way with everything in the London-centric Brexit apocalypse.

There is an aura of mystery around Tin Mole – no bio, scarce presence on social media , no agent, no label. It seems that you try to let the music do the talking, rather than drive attention to yourself as an artist. 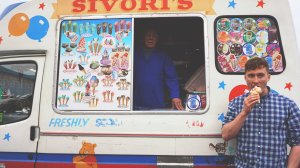 Tin Mole:  I talk enough shit in the songs so I don’t feel the need to bombard people with more of it. I’m trying to keep it as DIY as possible and I think the music speaks for itself enough, but no doubt things will pick up on social media in the coming weeks and months.

“Slug Frontier” is easily one of the singles of the year for us. After hearing it for the first time, we immediately started to look for your gigs. And we know we are not the only one. Do you have any concerts planned, and if so – where can we see you in the future?

Tin Mole:  Nice one, I appreciate that! We have a couple of gigs in Manchester confirmed for the new year but don’t think I can say anything until the promoters announce it. But I do know that there’s an exciting new band playing at a venue called Jimmy’s on Saturday 2nd February 2019, so might be worth keeping that date free.

The last (goofy) question. Your bio mentions a strange creature that looks like a monster of the week from Doctor Who: “silvery-white metal, made of tinplate or aluminium with a long muzzle, and small eyes, feeding mainly on worms, grubs, and other invertebrates”. What is Tin Mole and is it safe to keep one as a pet?

Tin Mole:  It’s what it says on the tin really. As long as food and drinks are provided with access to a studio, then yeah of course it’s safe. 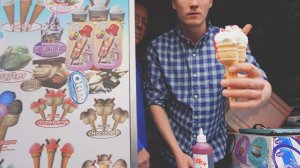 And you can still find information about Ladies` Darts Night online too:

If you fancy some additional reading on the band, check out those links: 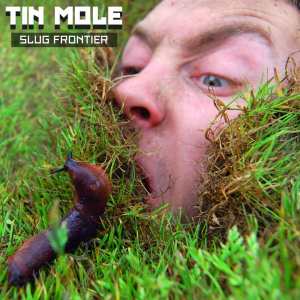 In next few weeks Tin Mole should drop a brand new track which we will surely review on this blog. We are very excited about this artist. Nothing speaks to us more than music that is fresh and unusual. Looking back is a waste of emotions – and projects such as Tin Mole offer us a glimpse of what will be hip and trendy in the future. Just what A&Rs love.

All hail the incredible creative potential of Mancunia!

This site uses Akismet to reduce spam. Learn how your comment data is processed.

My life, radio, podcasts and the best new music around..

how I see & feel the music

WordPress.com is the best place for your personal blog or business site.